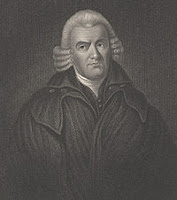 I have recently read John Brown of Haddington’s booklet An Apology for the more Frequent Administration of the Lord’s Supper: with Answers to the Objections Urged Against It (Edinburgh: Printed by J. Ritchie for Ogle & Aikman, Edinburgh, M. Ogle, Glasgow and R. Oble, London, 1804). According to WorldCat there are only about 3 copies of this booklet in North America so I was pleased to get a fiche version which could be borrowed.

This is the John Brown whose effort to teach himself Greek is recounted by A. T. Robertson in his ‘big grammar.’ Joel Beeke and Randall Pederson in their fine intro to Brown state, “Eighteenth-century Scotland produced many noted ministers, scholars and educators, but none greater, or so greatly loved, in his own day or afterwards, as John Brown of Haddington” (in The Systematic Theology of John Brown of Haddington

).
Brown makes a persuasive argument about the value of celebrating communion more frequently. Here are some quotes:

“In the apostolic times it was ordinarily administered every Sabbath, as is granted by all those who have inquired into the history of these times”(5-6)

“Have Christians now less need of this ordinance? . . . . Has [Christ] transferred the virtue and usefulness of this ordinance to another? If none of these can be pretended, why count the example of the apostles a sufficient warrant for the observation of the first day Sabbath, for public worship, for holding synods and presbyteries, if we count not their example in the frequent administration of the supper also worthy of, and fit for, our imitation.” (6)

“That the sacrament of the Lord’s Supper was generally administered every Lord’s day for the space of about 300 years is beyond dispute.” (Footnote: Vide Justin Martyr, Tertullian, Augustine, Mintius Felix, Cyprian, Fortunatus, Basil, Ambrose, Jerome, and others) (6)

“As often as the church of Christ has been in a flourishing state, greater frequency has been practiced or pushed.” (12)

“On the other hand, a declension toward the unfrequent celebration of this ordinance, has been generally the close attendant of apostasy and backsliding.” (12)

“Is it not then merciless, is it not cruel, in an overseer of souls, to allow such persons but one or two sacramental meals in the year, when ; it lies in his power to afford them more? Christ allows them to communicate every Sabbath; Christ’s servants voluntarily refuse to allow them to communicate above once or twice in the year, by keeping away the sacrament from them bounds!” (17)

“All human devices to render God’s ordinances more solemn, are impeachments of his wisdom, and have always tended to bring the ordinances into contempt.” (27)

“If the abuse of an ordinance is any reason against the frequent use of it, why preach we any more than one Sabbath in the year, since to many our preaching is the savour of death unto death, and gives men an occasion to trample under foot the blood of the Son of God?” (29)

“…the conscientious approach to God in this solemn ordinance, the Sabbath before and the Sabbath after, would more effectually prepare the soul for receiving and rivetting [fastening firmly] divine impressions, than all the work of these three days.” (35)

I am pursuing the possibility of having this booklet republished in modern font and with some explanatory notations.
Posted by Ray Van Neste at 5:40 AM

Calvin was also pretty strong also in saying that we should observe it more often. Institutes, IV.8.44, page 1422.

Thank for stopping by Chris!
Yes, Brown mentions Calvin. Calvin also explicitly called for weekly communion in one of his tracts. This is one practice he was unable to convince the other leaders to adopt.

These are excellent quotes - do you recommend Brown's Systematic Theology?

And have you ever noticed this,
In 1st Cor it says, Jesus said,
“this is my body which is broken for you.”

But not a bone of His body was broken
in order to fulfill prophecy.

And when he had given thanks,
he brake it, and said,
Take, eat: this is my body,
which is broken for you:
this do in remembrance of me.
1Co 11:24

For these things were done,
that the scripture should be fulfilled,
A bone of him shall not be broken.
John 19:36

If not a bone was broken;

What did Jesus mean when He said,
This is my body which is broken for you?


And other sheep I have, which are not of this fold:
them also I must bring, and they shall hear my voice;
and there shall be one fold, and one shepherd.
John 10:16

One Fold - One Shepherd - One Voice.
If Not Now, When?

In His Service. By His Grace.