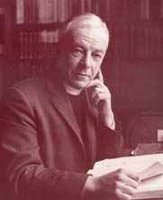 Returning to thoughts from James Stewart’s great little book on missions, Thine is the Kingdom, Stewart regularly pounds home the theme that our eschatology matters in missions. While there are differences in the realm of eschatology, we must be certain and clear that Christ is reigning now- he is not waiting to reign. Christ reigns. The enemy is still running about; the final, ultimate end of the enemy is yet future; but, Christ reigns. This is important for us to hold on to. Stewart writes:

“Now there is all the difference in the world between going out on mission with the motive of helping Christ to become King, and going out because the King has sent you.” (pg.27)

“Knowing that the Kingdom had appeared in time and that Christ was reigning now, they turned to face the future with a new intensity of hope, a hope as certain as the promises of God. Realizing that the decisive battle had been won, they flung themselves with magnificent abandon into the remaining toils and dangers of the campaign, sustained in all the hardships and dangers and persecutions of their mission by the certainty of the coming end, and straining their eyes through the darkness towards the final triumph of the Lord. Each Eucharist was a foretaste of the Messianic banquet and marriage supper of the Lamb.” (pgs.31-32)

“The men of the Bible know and declare that if the powers of darkness have a lot of rope nevertheless the end of the rope is in the hands of God. They see that God in His sovereignty can use even what is pagan and demonic as the agent of His purifying judgment upon Israel and the Church.” (pg.56)

“… the watchword on the banner of the Church’s mission, Christus Victor, represents not a pious hope, but a historic, irrevocable fact.” (pg.73)

Let us go forth in full confidence that Christ has conquered and now reigns. We go not forth to help Him achieve His victory. We go out because He is victorious, and we call all people to submit to this victorious Christ rather than be conquered as His enemies.
Posted by Ray Van Neste at 11:22 AM