Stewart on Preaching the Good News 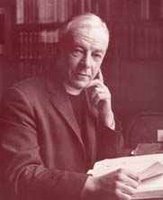 I have come across another old book of sermons by James S. Stewart, the prominent Scottish preacher of the mid-20th century. I have previously posted quotes from his book on missions (first post; second post; third post).

This book, The Strong Name, was published in 1941 so I imagine the sermons were originally preached in the early days of WW II. This seems to be the point in the opening of his sermon “The Romance of Orthodoxy.” Preaching from 2 Kings 7:9 he rebukes the idea which was apparently (and understandably) current then that “these are bad days and not time for the announcing of good news.” Stewart rebukes such an idea for the church by pointing to the Gospel. No matter our situation we have been loved and redeemed by God! Stewart closes the sermon with the following words which are a good exhortation to us in any day. Perhaps it is especially good as we approach Sunday and many of us will be preaching. Proclaim the Gospel, brothers!

If the Church were witnessing with all her might, and in all her members, to the things which she most surely believes and by which she lives, how incalculable might be her achievement in this perplexed, distracted generation! If we, the children of Zion whose captivity God has ended, had our mouths filled with singing for the gladness of that great deliverance, what threatening shadows might be scattered, what dark and dreary places flooded with the blessed light of hope! If every professing Christian were a veritable ambassador of Christ, how the royal banners of His Kingdom would go from strength to strength, conquering and to conquer! This is a day of good tidings. One thing is needful. The world cries for it. Honour claims it. Christ commands it. Send the good tidings on!

Ah, another gem. I am guessing this book isn't in publication? I'll have to look on ebay...

Yeah, I'd be interested to hear what you find. I found it as an old used copy

This reminds me of your post a while back about gospel preaching. The prophet's voice must still be one of hope because his only message is the gospel. The move toward feel good and positive preaching is misplaced because hope is what we need. People understand the hopelessness of this world even if they don't acknowledge the hope of the gospel. We have talked about biblical theology in our preaching and I think this issue is where it matters most. Gospel preaching is so much more than mere propositions of the gospel (although the gospel is a propositional truth of revelation). I am only beginning to learn what it truly means to be gospel centered in all of my preaching and life.

We are continuing to pray for your son.